The Metamorphosis is a short story (novella) written by Franz Kafka. It was published in 1915. It was originally published in German and its title was Die Verwandlung. It is a story of a salesman named Gregor Samsa who wakes up one day to find that he has mysteriously transformed into an insect.

Franz Kafka, in his remarkable short story ‘The Metamorphosis’, takes you for a stroll into a world that is mundane yet surreal, absurd yet intriguing, defining a writing style much known and admired as Kafka-esque.

The story revolves around the Samsa family with Gregor Samsa, a traveling salesman and the sole breadwinner for the family, as our protagonist.

He wakes up late one morning dreading the repercussions of not showing up at work on time, only to discover that he has somehow changed into a monstrous vermin. 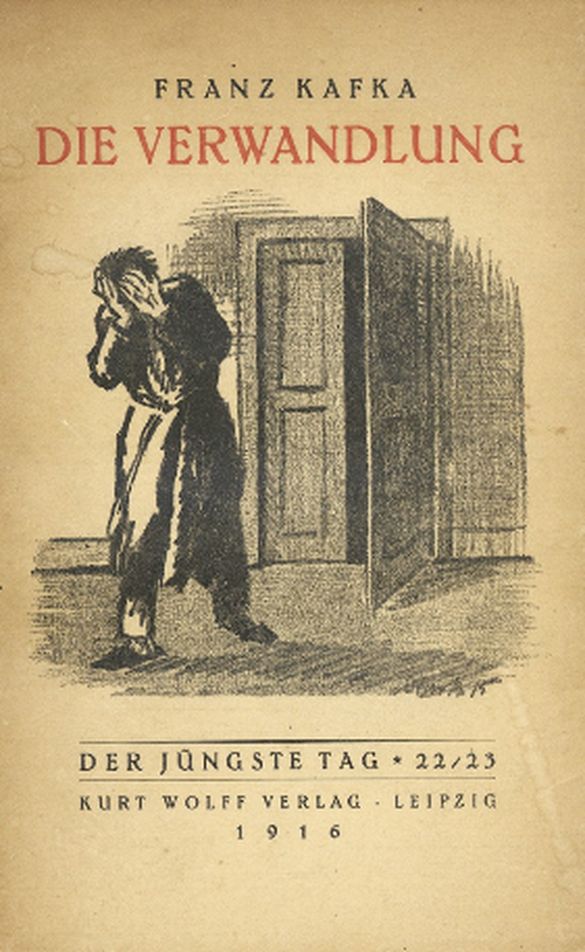 He has lost all his ability to communicate with humans, which is extremely unsettling and unreal to him. His transformation is later discovered by his family members, and eventually his manager who had come to enquire about his whereabouts earlier that day.

The manager scared out of his wits upon seeing Gregor in his new form, immediately flees, while the family is left to grapple with the enormity of this new problem at hand.

Having been shoved and locked into his own room, Gregor gradually progresses from a state of disbelief (thinking that a good night’s sleep is going to make it all go away), to a reluctant acceptance of his new reality.

On the other side of the wall, the family was similarly horrified and perplexed about what the future held for them, with their son and his earnings out of the picture and what people would think, if their new misfortune came to be known to the world outside.

Gregor and the family, after a painful yet short phase of acceptance, begin to settle into a routine over the following weeks and months.

Gregor discovers his new form, his likes and dislikes. His newfound love for things rotten, which is confusing to his old self, but essential for his sustenance.

Grete, his sister and the only individual he feels still understands him, assumes the role of his primary caretaker, feeding him and cleaning his room.

In a series of events that follow, Gregor finds himself paralyzed by his father’s attack, limiting his capability to move. He slowly sees the growing family indifference towards him. He even sees her beloved sister’s changing behaviour towards him.

This starts his gradual descent to hopelessness and he starts to lose appetite for food and life.

A very short-lived respite for Gregor comes in the form of music when his sister plays violin for the guests/boarders. Gregor, inherently drawn to it, moves towards the living area and brings himself in full view of the boarders, the boarders now horrified, give their notice to the family to leave without payment.

Absolutely horrified by this turn of events, Grete, now vehemently opposes the idea of Gregor continuing to live in the house.

How does Gregor die in the Metamorphosis?

Gregor’s despair hits rock bottom, as his sister, the one he held dearest was now against him. He resigns himself to his room, famished and hopeless, never to see light of another day.

The family, when informed of his demise the following day, asks the guests to leave and takes a trip to the country only to find their new life purpose of finding a husband for Grete.

Although I started off reading the story with a sense of disbelief in the initial pages, I found myself hooked as it progressed, touched to the extent that I was visibly disturbed by the end.

Want to read The Metamorphosis?

The Metamorphosis is available on Amazon if you want to get yourself a copy. You are welcome to use the links given below to order a copy of the book:

3 Life Lessons from The Metamorphosis

Although this story left me in pensive mode for quite a few days after I was finished , I could not help but notice that there are so many hidden lessons to learn from.

However clichéd it might sound, but a healthy self-respect for ourselves is vital for happiness and contentment. If we let other’s perceptions of us define what we think we are, how different are we from Gregor?

Considering that Kafka wrote this story close to a century ago, It is scary how relatable this is. Gregor was always worried about his future, always worried for not being able to provide for his loved ones, so much so that he didn’t get time to even engage in a decent relationship,

Also when faced with the grim form he saw himself in, his first reaction was not something to help himself, but was to get to work as soon as he could. How many of us have seen Gregors like that around us, at workplace or otherwise?

The first reaction that Gregor’s family has upon his transformation was isolating him to avoid him getting exposed and bringing a bad name for the family. He was shown love and consideration at very few occasions, far and sparse, if at all we could call it love,

When faced with a fearful situation, we always look to be comforted by the ones that we hold closest. When not finding solace there, it is natural to quickly fall into the depression trap.

So when we love unconditionally, we are not just doing a great service to the loved one but also to ourselves.